As summer returns, most of the Valley performance venues have gone dark. Given that residents may be in need of a cool getaway, why not try a new destination this year that will also appeal to your love of the arts. You’ll find suggestions in this article that cover seven select festivals running now through August.  Please consult the websites for scheduled performers, dates, times and pricing. 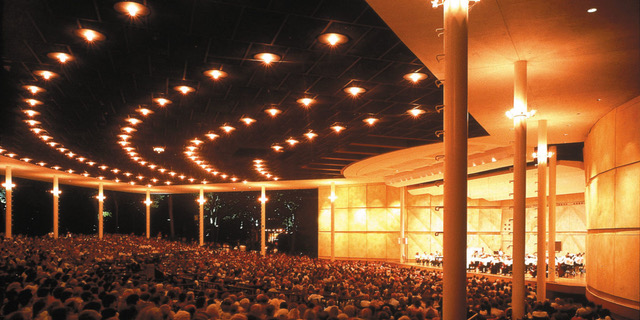 The Ravinia Festival offers a series of outdoor concerts and performances held every summer.

The oldest outdoor music festival in the United States, the Ravinia Festival offers a series of outdoor concerts and performances held every summer. Located on the outskirts of Chicago, many headliners travel to this festival each summer. The mind-boggling list of performers will make your heart beat faster with the likes of multi-talented singer, actor, author and humorist Alan Cumming, the Queen of hip-hop Mary J. Blige, the hilarious duo of Steve Martin and Martin Short, the iconic Beach Boys and social commentator Whoopi Goldberg. As always, The Chicago Symphony Orchestra, now in its 83rd year of residency, offers a diverse program including Sunday in the Park with Audra McDonald, Grieg Piano Concerto, the music from Raiders of the Lost Ark, the legendary Tony Bennett and Italian opera favorites. www.ravinia.org/ 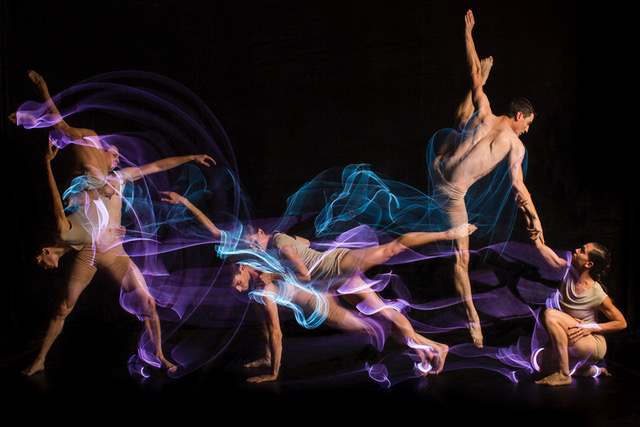 The Hubbard Street Dance/ Chicago will perform at Jacob’s Pillow. 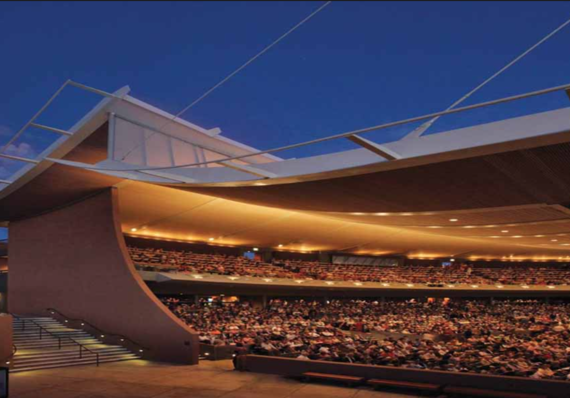 Santa Fe Opera’s Summer Festival will be held in its state-of-the-art open-air theater.

Much of the Santa Fe Opera’s Summer Festival will be held in its acoustically lovely and visually striking state-of-the-art open-air theater. The company has presented operas each summer since July 1957, and is internationally known for introducing new operas as well as for its productions of the standard operatic repertoire. Five operas will be featured in 36 performances, from now through August 25. The Opera’s 61st season offers works by American icons and European masters, four of which are repertory from the 20th and 21st centuries. Leonard Bernstein’s 1956 smash Broadway hit opens the season in a new production by Laurent Pelly. The beloved American composer is honored in a year-long international celebration of his 100th birthday which closes the season with his production of Candide. www.santafeopera.org 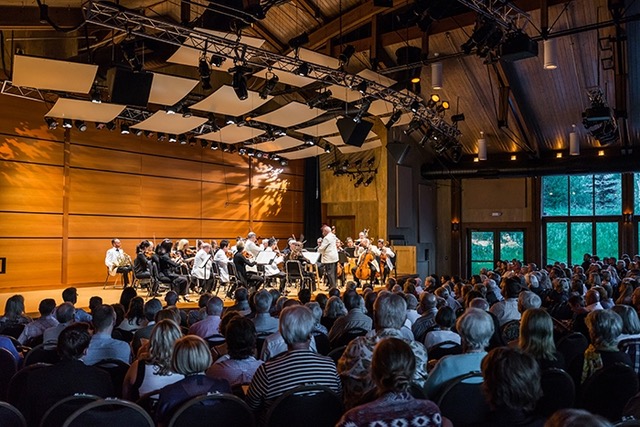 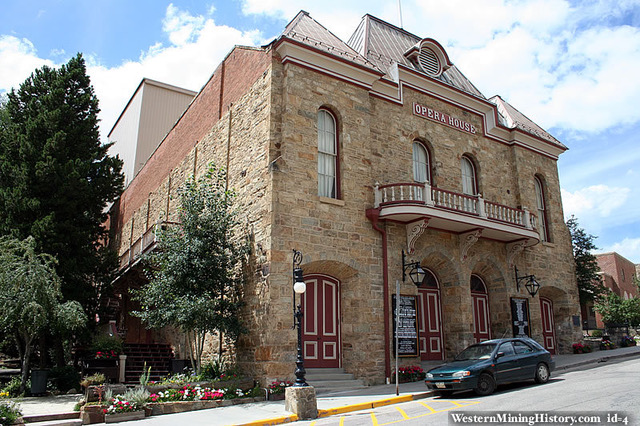 In its gold-mining heyday of 1878, Colorado’s Central City was known as “the richest square mile on earth,” and the music-loving miners built an elegant 550-seat opera house. Since renovations in 1932 and again in 1999, this National Historic Landmark has housed the nation’s fifth-oldest opera company. In its 86th year of creating engaging and memorable performances, Central City Opera is excited to announce two main stage productions for its summer festival: Mozart’sThe Magic Flute and Verdi’s tale of passion, jealousy and vengeance Il trovatore,  as well as the one-act opera Acis and Galatea and a gripping chamber opera The Face on the Barroom Floor. www.centralcityopera.org

MUSIC ACADEMY OF THE WEST 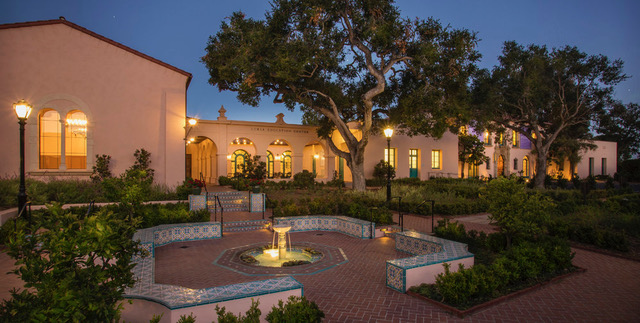 The Music Academy of the West presents 200 concerts, recitals and masterclasses this summer.

Classical music shines brightly in Santa Barbara. The Music Academy of the West, a music conservatory, presents its 71st annual Summer School and Festival with 139 talented fellows and more than 70 outstanding faculty members in 200 concerts, recitals and masterclasses on its picturesque campus in Montecito and at various scenic spots in and around Santa Barbara. Highlights include the launch of a major new four-year partnership with the London Symphony Orchestra (LSO) bringing key LSO conductors and principals in residence this summer; a special concert of Mahler’s Resurrection Symphony under the leadership of Mosher Guest Artist Gustavo Dudamel, a Composer-in-Residence program featuring six composers and five premieres, a new production of Mozart’s The Marriage of Figaro and the return of the Academy’s Classical Evolution/ Revolution Conference, introduced last season to shed light on challenges and innovative techniques for 21st-century musicians and their audiences. www.musicacademy.org 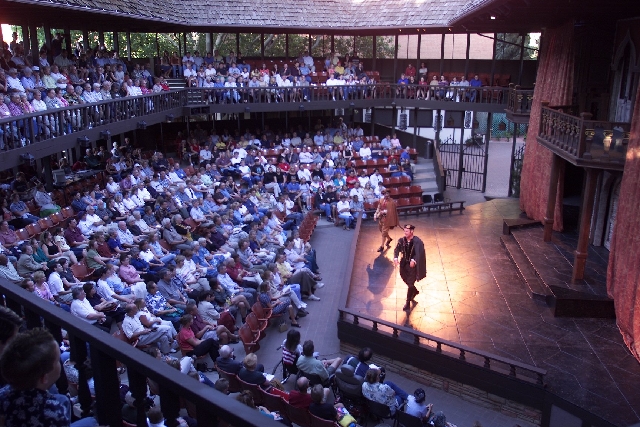 Actors perform Othello on the outdoor stage at the Utah Shakespeare Festival.

Through October, The Utah Shakespeare Festival offers its 57th season, encompassing a classic American work, a comedy, two new plays, and of course four iconic productions by the festival’s namesake. The Engelstad Shakespearean Theatre hosts the historical Henry VI Part One, the popular comedy The Merry Wives of Windsor and the controversial Shakespearean tragicomedy The Merchant of Venice. Completing the Bard’s presentations, passionate Othello will take to The Anes Theatre stage. An American comedy The Foreigner, Mark Twain’s timeless classic Big River, the modern retelling of an ancient tale titled An Iliad and a modern adaptation of a 17th-century French farce The Liar will all be performed in the Randall Theatre. The Festival’s home in Cedar City enjoys weather and terrain similar to that in Flagstaff, so hiking and mountain biking will be great pastimes for theatergoers.  www.bard.org