photos courtesy of Western Spirit: Scottsdale Museum of the West

In celebration of this year’s upcoming 50th anniversary of NASA’s successful Apollo 11 mission and coinciding with the theatrical release of Universal Pictures’ First Man, Western Spirit: Scottsdale Museum of the West, presents Paul Calle’s Life of Exploration: From the Mountains to the Moon. 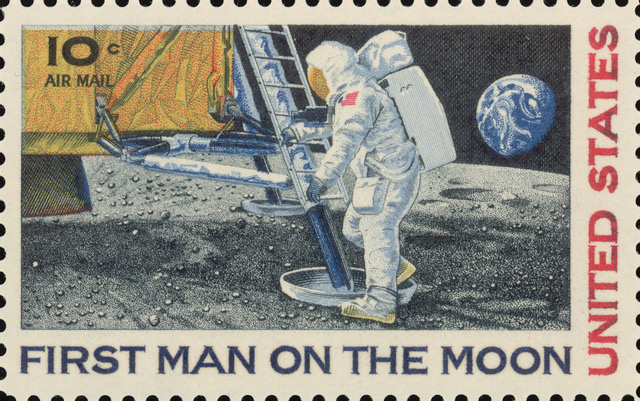 On view through October 2020, this retrospective exhibition traces the prolific career of artist Paul Calle (1928-2010), who was best known for painting and drawing the historic American West featuring mountain men, fur traders and Native Americans, as well as NASA artwork and postage stamp designs that include the iconic 1969 First Man on the Moon artwork and stamp.

“I have always likened the image of mountain man John Colter,” shares artist Chris Calle, Paul Calle’s son. “His moccasin-clad foot first stepping on the newly fallen snow of the Yellowstone valley, to the moon boot of Neil Armstrong, stepping in the dust of the moon’s surface at the Sea of Tranquility …two worlds apart, yet each at the edge of a new frontier. …”

Paul Calle, an official artist of NASA, was the only artist present during the pre-launch activities of the Apollo 11 mission to the moon, sketching various scenes including breakfast, suiting up and the walk to the space craft. 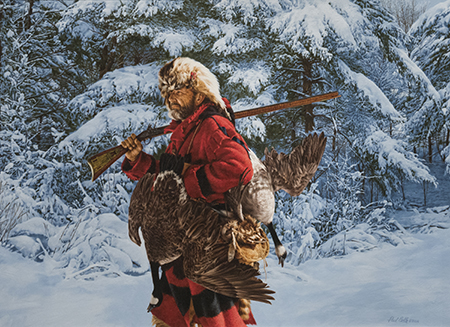 His son, Chris Calle, is following in his father’s footsteps as an artist, and plays his father in a brief role in First Man, sketching the Apollo 11 crew before their legendary flight — specifically the breakfast scene.

“I’m honored to share and build upon my father’s legacy through First Man, as well as this retrospective exhibition at Scottsdale’s Museum of the West,” said artist Chris Calle. “To be able to showcase the stories told through my father’s artwork in such a manner ensures that his passion, skill and love of the history of our country are carried on and told to a broad, multi-generation audience.” 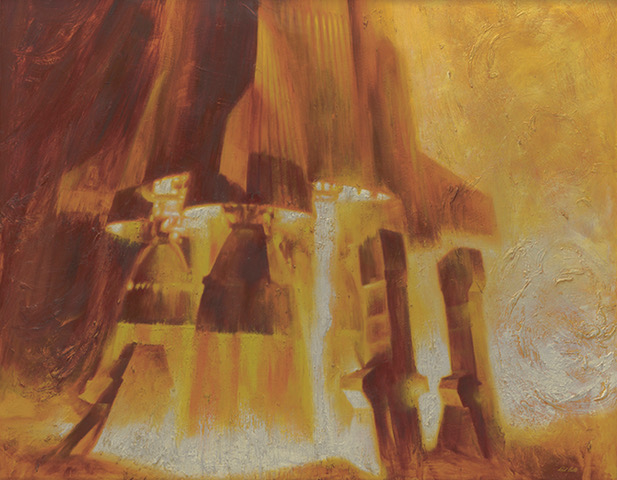 While traveling in the American West for many years, Paul Calle (1928-2010) established friendships with Native Americans and observed some of their events and ceremonies. Early in his journeys, he witnessed a Hopi ceremonial dance, and he always remembered that moment, which shaped how he painted and depicted the Native American people throughout his entire career. Calle sought to honor their lives and culture through his artworks.

Calle was also an official NASA artist for many decades. In 1962, he was chosen as one of the original eight artists of the newly established NASA Art Program, with a mission to chronicle history and space exploration through the eyes of artists. Calle artistically covered pre-launch activities at Cape Canaveral, aircraft carriers picking up astronauts in the ocean, lift-offs and more across all NASA missions from Gemini to Apollo. His detailed paintings and powerful drawings became synonymous with the NASA program. 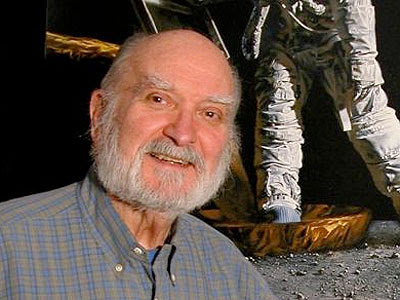 Calle was the only artist present on July 16, 1969, during the pre-launch activities of the successful Apollo 11 mission to the moon. That day he sketched various scenes including the crew’s breakfast, suiting up and the walk-out to the space craft – visual records of the historic day and these pre-flight activities. Several of these exclusive sketches will be included in the exhibition.

In addition to his work with NASA, Calle’s prolific career included numerous artworks of distinction created for renowned individuals and entities such as the U.S. Department of Interior Artists in the Parks program, the White House Historical Association, Schering Company, the U.S. Postal Service and the U.S. Air Force. He also created works for Major League Baseball, as well as a variety of medical and sports journals and popular titles such as Ladies’ Home Journal and The Saturday Evening Post.

From the Mountains to the Moon

Western Spirit:Scottsdale’s Museum of the West