Lisa Sette Gallery Presents
AT THE DOORS OF PERCEPTION 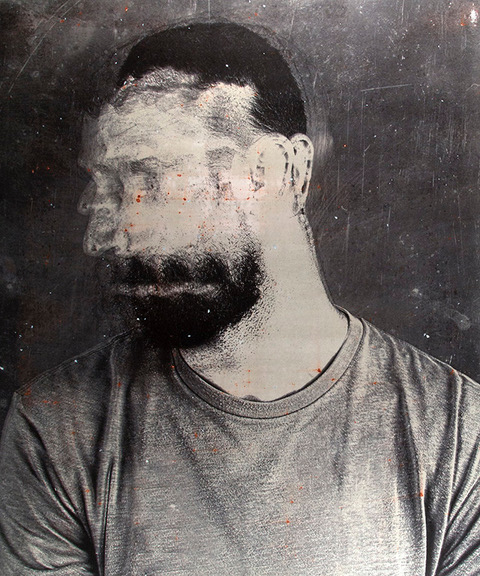 The full realm of the human psyche exists beyond the technological shackles and mundane logistics so pervasive in the early 21st century.  The artists of At the Doors of Perception, a group exhibition at Lisa Sette Gallery opening May 11, 2019, employ various mediums to present artworks as potential methods to escape the confines of the conforming ego and self-conscious brain, and access radical aesthetic and psychic transformation in worlds beyond the sublunary.

Brian James Culbertson creates portraits of subjects under the influence of psychotropic drugs; Culbertson’s startling photographic prints themselves are developed in a wash of these chemicals: “The incorporation of medication used to alter the chemistry of the mind into my salted paper print process yields unpredictable results from print to print – just as it does with our own bodies.” 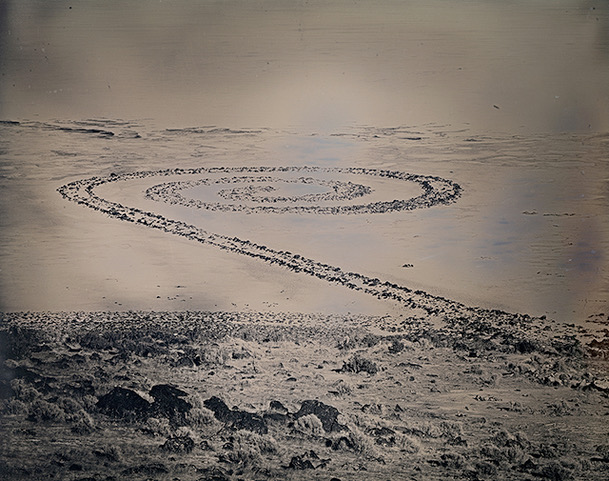 In sculptural form, Julianne Swartz’s contribution to At the Doors of Perception presents a demure first impression. Her sculpture, Lull, consists of a precise and neatly-executed wooden box. When the gallery-goer ventures to open its top, a mysterious and strangely familiar soundtrack emits from the darkness within. The artist has remarked “I am interested in the intersection of the physical and non-physical, and making what is not physical somehow palpable.” The non-physical in Swartz’s work is as varied as the physical facts of the universe—light, memory, sound, kinetics, the passing of time and a sense of place.

Works by James Turrell document his ongoing celestial and earthworks project at the Roden Crater site. In At the Doors of Perception, Turrell’s aerial view of the project site is executed on mylar, and overlaid with the artist’s architectural markings. Turrell’s project embodies the artist’s power to break free from the confines of conventionally received time and space, and think in terms of of the galaxies and millenia contained in the human psyche. 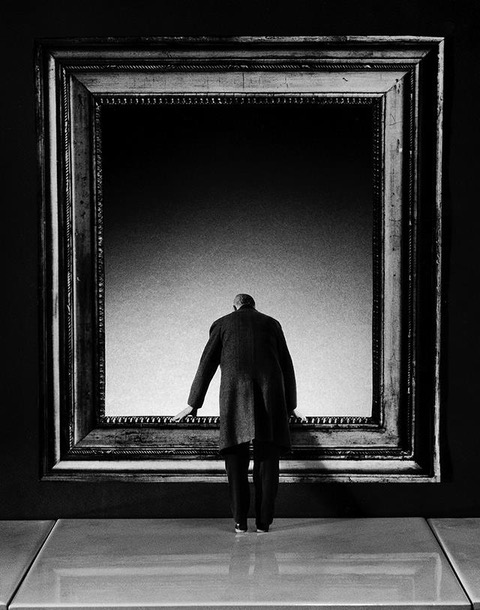 Philip Augustin’s stark, revelatory bichromatic images originate from photographic processes, but serve as vessels, in which each viewer may find both problem and resolution. Elizabeth Stone creates assemblages of discarded 35 mm slides and large-format film produce dream-state horizons and unknown landscapes, radical alloys of light and dark that generate immersive sculptural photographs. “I consider both the ‘negatives’ and ‘positives’ … Structures become apparent reminiscent of the buildings from my dreams as I wander from room to room. Landforms also emerge from the edges and I think about how we define the landscape. The transition zones transfix me.”

French photographer Gilbert Garcin starts with the construction of fantastic aesthetic realms and alternate mythologies. He then tenderly inserts his human subject into these strange new worlds. In this manner, human perceptions are tested against the hypotheses of different chronological and physical schema. Human experience on earth is both echoed and distorted in these charming and troubling photographs; we sense the possibility of countless previously unconsidered dimensions within our own worldly experience. 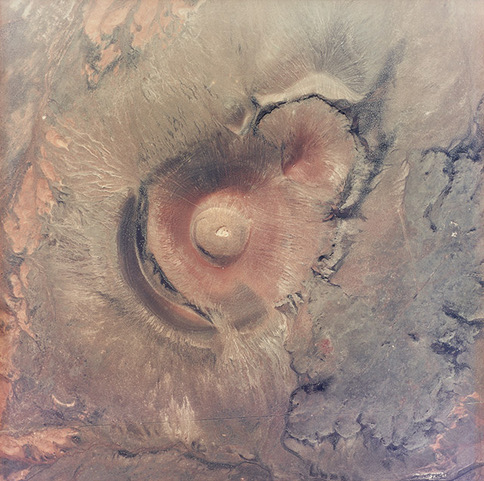 At the Doors of Perception