Americano!, a new work debuting at The Phoenix Theatre Company (TPTC) on January 29, is based on the true story of a former Camelback High School student whose lifelong desire is dashed when his family’s long-held secret is revealed. Yet is also a story of hope, resilience and patriotism, and a first-hand encounter with the multifaceted truths facing many of our country’s immigrants and their uphill climb toward a shared destiny. It might also serve as a harbinger of what is to come for the myriad talents behind the scenes. 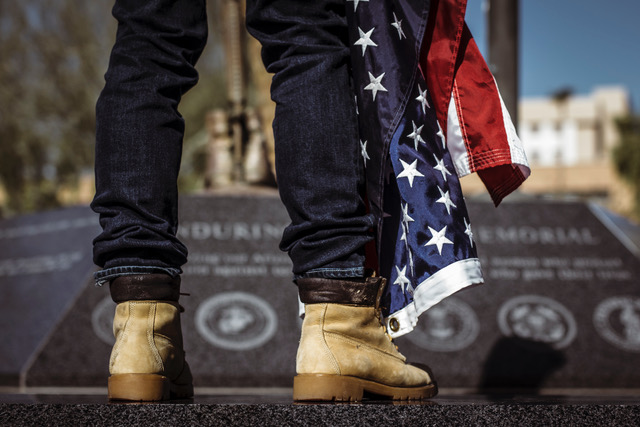 Americano!’s origins trace back to 2015 when Jason Rose, the president of Scottsdale-based Rose + Moser + Allyn Public & Online Relations, desired to tell an immigrant’s story on stage and set it to music. He discussed the concept with TPTC’s producing artistic director, Michael Barnard, and recruited playwright Jonathan Rosenberg. Rosenberg did some research and discovered Antonio “Tony” Valdovinos, an Arizona teen who learned he was undocumented when he tried to enlist for the Marines on his 18th birthday. Americano! is his story.

Rose invested nearly half a million dollars to get it to TPTC’s stage through the theater’s new work development program (the production is a joint venture between Rose and TPTC) and says he has no regrets: “What’s the point of art, ultimately? To make you think and confront your position. We’re all immigrants, aren’t we? People can have different perspectives on immigration but DREAMers tend to be the exceptions to opinions. Americano! has a higher purpose.”

“At a time of great great divide within our country, Americano! could not be more relevant or align more perfectly with our mission to inspire hope and understanding,” Barnard explains. He predicts it could push TPTC into a new stratosphere: “We are incredibly proud to be premiering a play with local roots and national significance. We can have a profound impact.”

It might also give Texas-based singer-songwriter Carrie Rodriguez an opportunity to make history, should she become the first Latina composer with a Broadway smash hit. “Latina voices, and women’s voices in general, have been underrepresented in the arts for as long as I’ve been around,” she explains. “I would love nothing more than to be a part of something that helps balance the scales.” With help from arranger Sergio Mendoza of Arizona’s indie-mambo group Orkesta Mendoza (also the play’s pit orchestra), Rodriguez created compositions that come alive with the sounds of the Mexican-American neighborhood where she was raised. “Musica ranchera, cumbia, accordion-heavy conjunto and tejano music, music with soulful vocals and a groove that makes it impossible not to dance,” she explains.

Not surprisingly everyone behind the scenes hopes to see Americano! reach Broadway. The person most likely to make that happen is its executive producer, Ken Davenport. Including the Tony Award-winning Best Musical Kinky Boots, Davenport has produced more than a dozen Broadway shows. “I believe in the story,” he says. “It asks very interesting and difficult questions and entertains at the same time.”

Though Valdovinos also has high hopes for Americano!, the 29-year-old political activist and his family have more pressing concerns as they await a decision from The U.S. Supreme Court on DACA. “I never saw this coming,” he says. Now his dream is simply to remain in, “the only country I’ve ever known.”

Twenty-six shows are currently scheduled at The Phoenix Theatre Company (1825 N. Central Ave.), starting with the premier on January 29 and running through February 23. Tickets, which start at $41, are available at phoenixtheatre.com or by phoning 602-254-2151.