Americano!
DREAMing of Broadway
A new musical brings a young Arizona man’s story to
The Phoenix Theatre Company stage. Is New York next?

Recent Broadway musicals have introduced theatre-goers to American history (Hamilton), Greek myth (Hadestown), and socially anxious teens (Dear Evan Hansen). But the Great White Way has yet to light up the world of Mexican-American immigration – until now. 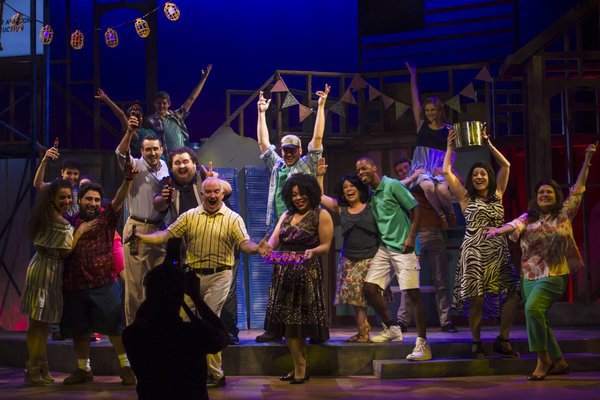 Above: The Phoenix Theatre Company’s ensemble cast of Americano!

Americano!, the new musical produced by The Phoenix Theatre Company (TPTC), is a vivid retelling of the true story of Antonio “Tony” Valdovinos, a young Phoenix man who found out he was an “illegal” when he tried to join the U.S. Marines and was declined as a non-citizen. Featuring an original score by Austin-based singer-songwriter Carrie Rodriguez, Americano! bristles with rhythm and tunefulness. At present, its considerable energy is confined to the main stage at TPTC’s midtown location, where you can see it between now and February 23.

After that, will the show find a place in an upcoming New York theater season? “It’s a hope,” says Michael Barnard, TPTC’s Producing Artistic Director and the co-author and director of Americano!. “A few artistic directors are coming to look at the piece, and some investors have visited,” Barnard says. “The Shubert organization (Manhattan-based producers and owners of hundreds of theaters nationwide, including more than a dozen on Broadway) came in to see it.”

The newest push toward a New York production happens April 17 in Manhattan, when Americano! is presented in a “29-hour reading.” A 29-hour reading is a recent innovation of Actors Equity, the union, which allows a 29-hour period in which to hire and rehearse New York actors at steeply discounted pay rates in order to present a table reading of the show, with the actors “on book” and without a set or costumes. While Actors Equity stipulates that the main purpose of the 29-hour reading must be “to propel the creative development of a particular work, not to garner interest from third-party financiers,” the readings are open to the public, including producers and investors. 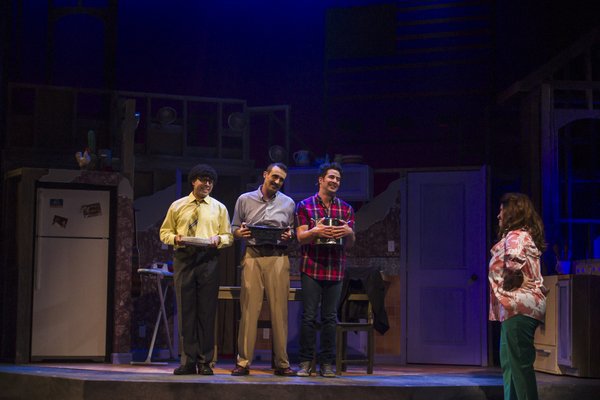 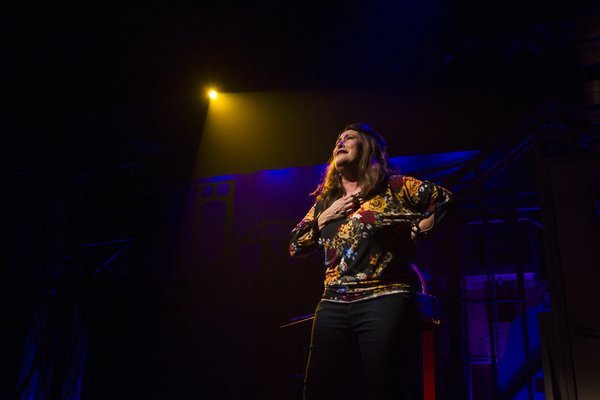 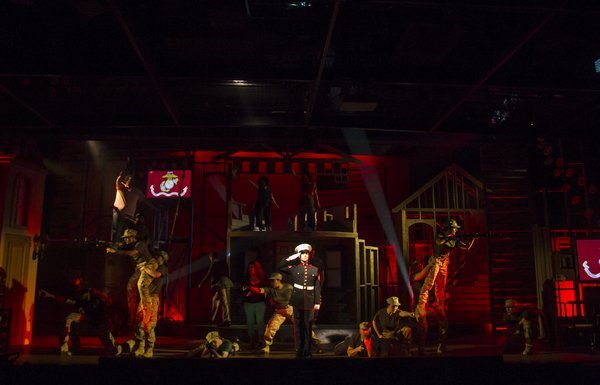 So, Barnard’s bottom line on a New York Americano! is: “We have as much hope as Tony has.”

The reference is to the real-life Tony Valdovino’s hope that the U.S. Supreme Court later this year will decide a case in favor of the DREAMers – those who, like Tony, were brought to the United States as children and have never known a home other than the United States. Americano! relates Tony’s story from the time he discovered his status as a non-citizen in 2009 until 2012, when President Obama established the program known as the Development, Relief and Education for Alien Minors (DREAM) Act, which allowed for people like him to remain in the USA. President Trump overturned the act in 2017, but the Supreme Court has yet to rule on it.

The stage Tony, played by Sean Ewing, owns a powerful voice and stage presence. Alyssa V. Gomez is touching as his significant other, Ceci. Other standouts from a large, exceptionally well-cast ensemble include Jospeh Cannon and Johanna Carlisle-Zepeda as Tony’s hard-working, well-meaning parents. The stage characters have an advantage their real-world counterparts never knew: Every move, every discovery, every disappointment and every joy is accompanied by colorful songs from songwriter Carrie Rodriguez’s pen. Writing a musical might seem an unlikely venture for a singer-songwriter who cites John Prine and mariachi bands as among her earliest influences. It seems that way to her: “When The Phoenix Theatre Company contacted my management, my first reaction was ‘Why are they calling me?’ Except for playing violin in the pit for a couple of shows, musicals have not been a part of my life,” Rodriguez says.

To get an idea of the genre, Rodriguez attended an Austin production of In the Heights, the Lin-Manuel Miranda musical slated for release as a movie later this year. “It almost scared me. The lyrics were so dense and the style so different. I write simpler songs with choruses that repeat,” Rodriguez recalls. But the more she learned about the story, the more she thought it suited her. A self-described “half-Mexican/half-Gringa,” Rodriguez has navigated the mixed cultures of Anglos and Hispanics for most of her life as a musician: “These two cultures meet for me personally. I’ll be writing a chorus in English and a couple of words will come out in Spanish because that seems natural to me. I draw on my own background of living in a predominantly Mexican-American neighborhood.” 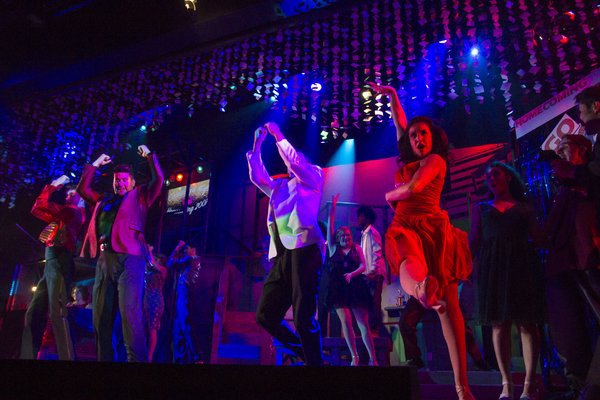 Rodriguez accepted the assignment. The result is a score that is at times dancey, at times anthemic, at times folkish or salsa-infused. All of the music is hers, and most of the lyrics, but the two book writers – Barnard and his collaborator Jonathan Rosenberg – contributed a few of the lyrics in order to flesh out the characters. It was Rosenberg who discovered Rodriguez when he heard her album, Lola.

Americano! started as a completely different show. Barnard explains: “Producer Jason Rose and I wanted to do a show surrounding the music of Roger Clyne,” a Tucson-born singer and guitarist with strong ties to Mexico. “The idea was to combine the songs with some kind of immigration story. We worked on it for about a year but it didn’t seem to mesh well.”

Barnard wanted to stay with the theme of immigration, but thought original songs would serve the theme better than ready-mades. But first, they needed a story. Barnard and his writing partner Rosenberg researched the DREAMers, and, “Lo and behold, we found Tony’s story,” Barnard recalls. That was in 2016. Since then, Americano! has gone through an incredible 67 iterations, including rewritten songs, rewritten dialogue, and an entire second act that was dumped and replaced. It’s likely to go through a lot more. And if five years seems a long time from original idea to Broadway, consider: Hadestown was first produced in a small Vermont community in 2006, but didn’t find its way to Broadway – and eight Tony Awards – until last year.

The timeliness of Americano!, as well as its value as accessible entertainment delivered by an exceptionally well-cast ensemble, bodes well for a much shorter wait.