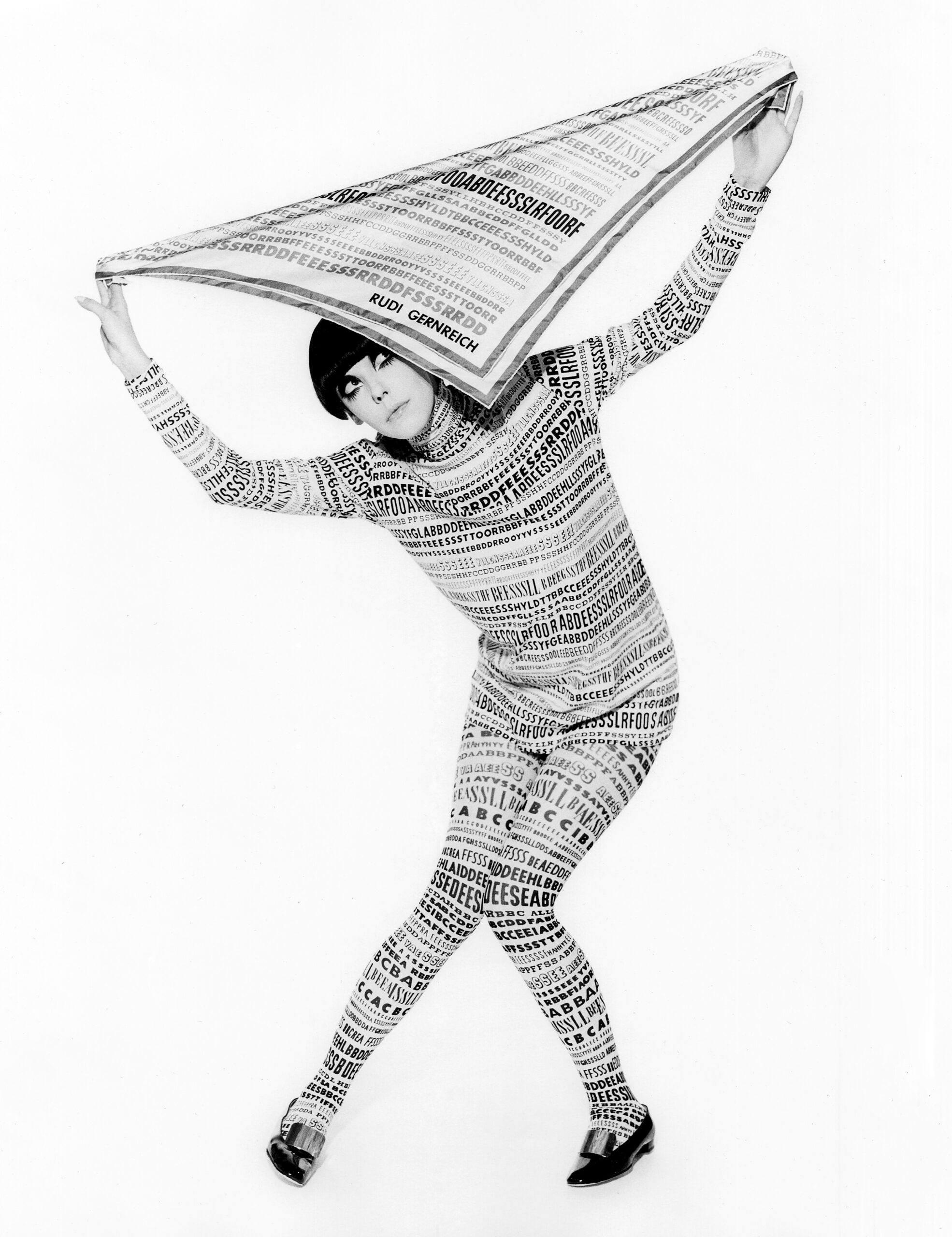 Through more than 80 ensembles and a collection of original sketches, letters, personal papers, photographs, press clippings, and newly filmed oral histories, Fearless Fashion: Rudi Gernreich explores the significant social and cultural impact of the work of Rudolph “Rudi” Gernreich (1922–1985), the acclaimed designer best known for innovative and body-positive creations such as the “monokini” topless swimsuit, the thong, unisex clothing, and pantsuits for women. Organized by the Skirball Cultural Center, Los Angeles, the major fashion exhibition provides a broader understanding of the late designer’s life and how his work continues to influence fashion trends and current notions of beauty, gender, and identity.

Born in 1922 in Vienna, Austria, Gernreich, who was Jewish, fled Nazi oppression as a teen and immigrated to Los Angeles, where he continued to face discrimination. He eventually found safe haven in the performing arts community and the gay rights movement, which drove him to seek social change and promote a truer expression of self through fashion design. Gerneich was propelled to fame when he launched his “monokini” design. Throughout his career, he continued to create trailblazing designs that illustrated his dedication to inclusivity, non-conformity, and liberation.

Fearless Fashion is organized into seven sections that, together, chronicle Gernreich’s rise to prominence and underscore how his designs revolutionized the understanding of beauty in the fashion industry.

Becoming Rudi Gernreich follows the designer from his childhood in Vienna through his immigration to the United States in 1938. Visitors learn about Gernreich’s early experiences in Los Angeles, including his participation in the interracial Lester Horton Dance Theatre and his role as the second founding member of gay rights organization the Mattachine Society. This portion of the exhibition also highlights his first jobs in the fashion industry.

Dance and Theater illuminates Gernreich’s interest in freedom of movement through the Swan and Duotard costumes he created for the Bella Lewitzky Dance Company performance Inscape. This section also features other theatrically inspired ensembles from throughout the designer’s career. 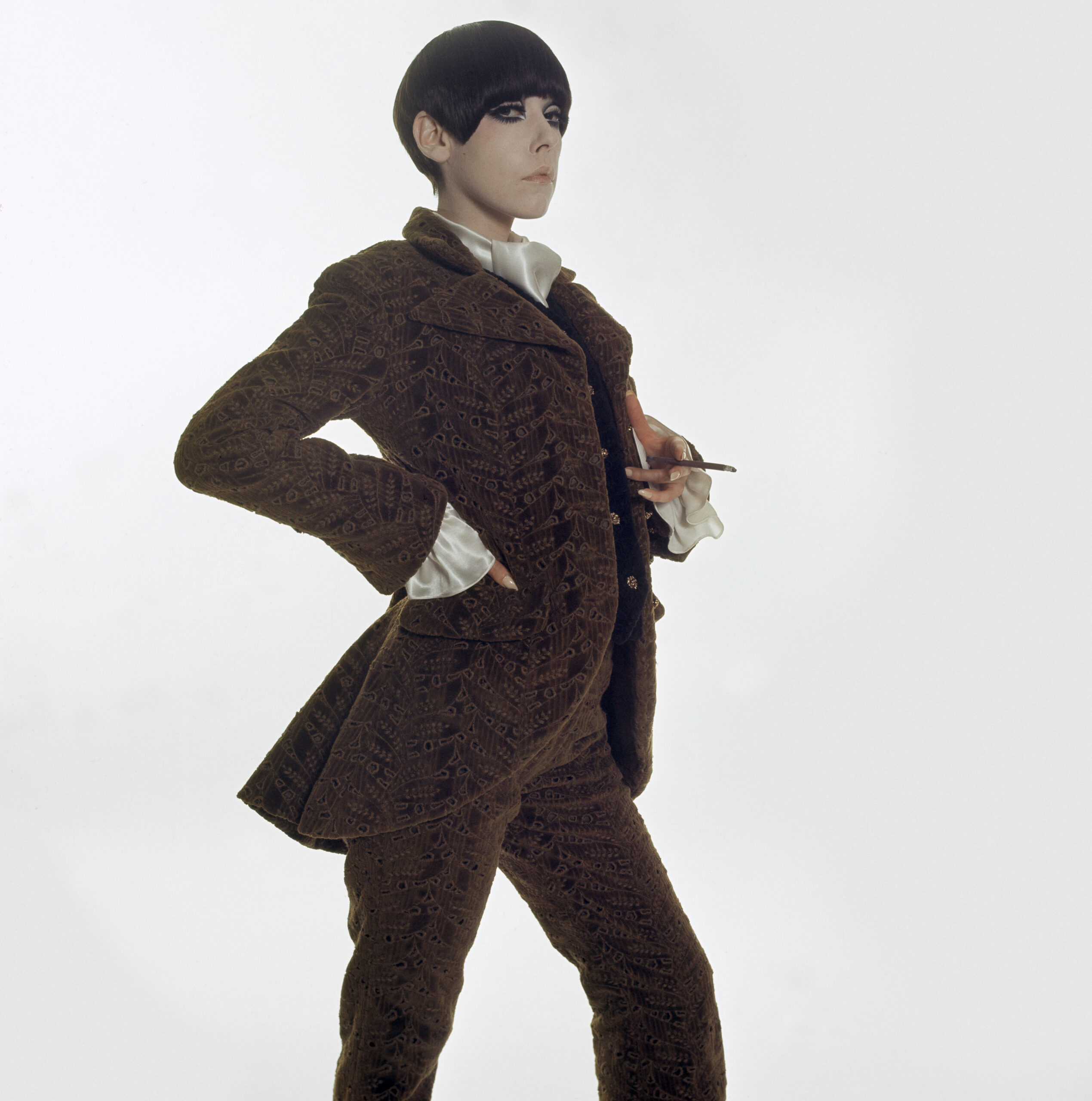 Minis, Mods and Pantsuits focuses on the 1960s and 1970s, exploring Gernreich’s support for second-wave feminism. Featured garments, such as the mod “micro-mini” skirt and the pantsuit for women—including his “Marlene Dietrich” and “George Sand” ensembles—challenged ideas of how women should dress and present themselves.

Swimsuits and Undergarments showcases Gernreich’s knit bathing suits, the wireless “no-bra” bra, thong underwear, and the topless “monokini.” These garments, many of which remain staples of contemporary fashion, exemplify how Gernreich prioritized functionality and comfort in his designs. 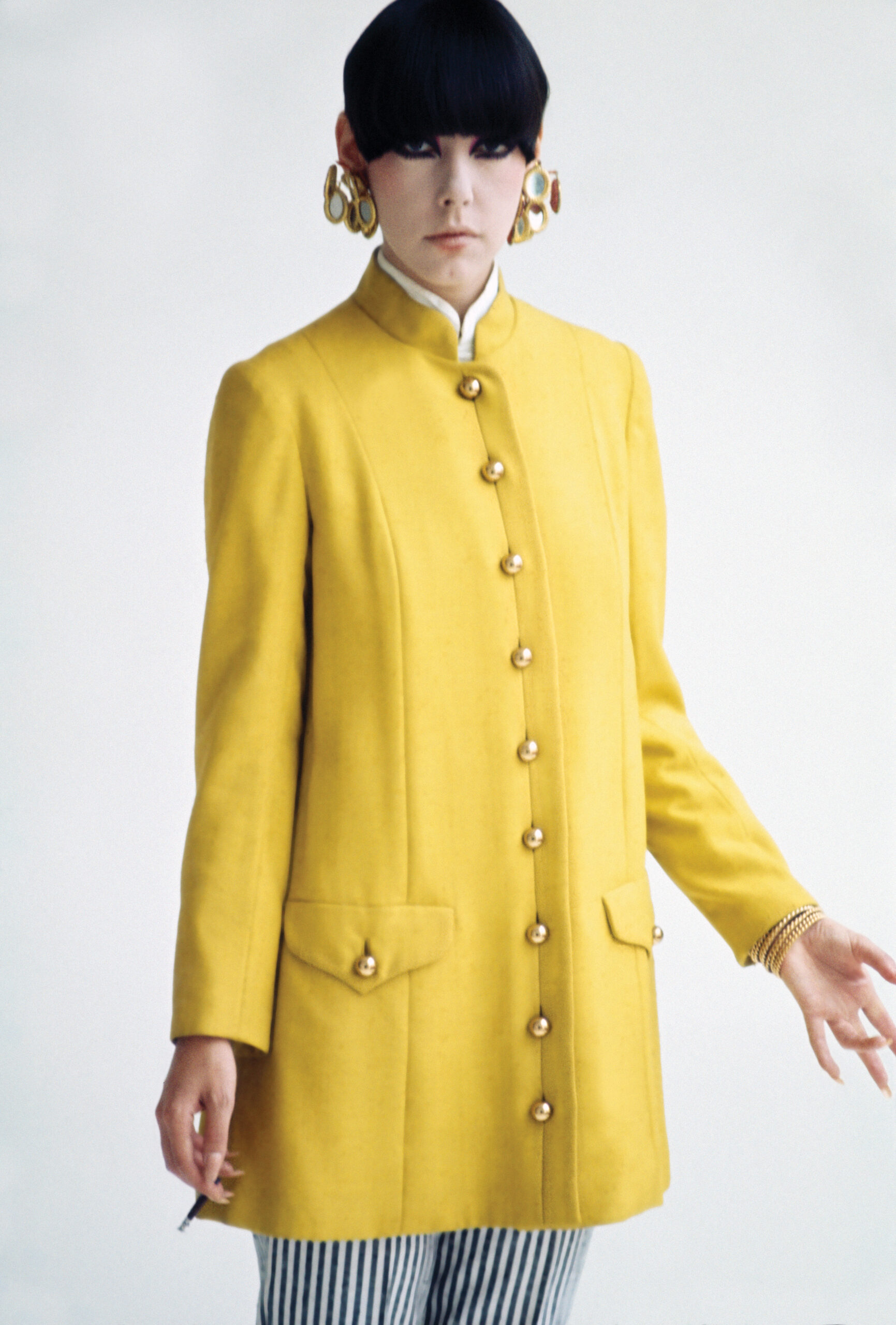 Youth Culture and Politics explores Gernreich’s military-inspired collection created in response to the crises of his time, particularly student protests, growing racial tensions in the United States, and armed conflicts around the world such as the Vietnam War.

Unisex Solidarity features the designer’s Unisex Collection of 1970, in which he stripped away gender markers and presented garments such as caftans that could be worn interchangeably by any person.