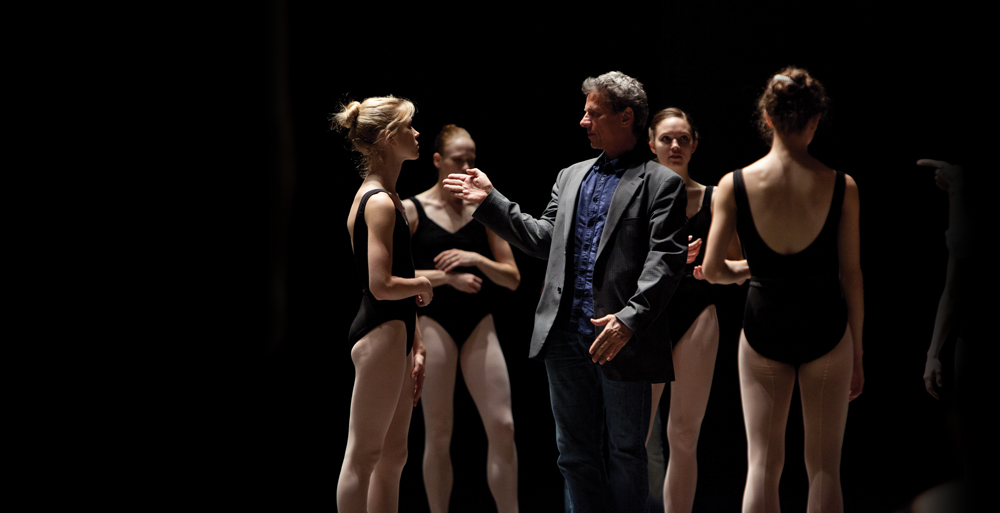 In 1979, a famous ballet dancer made the leap from Europe to America that would change the future of ballet in two cities: New York and Phoenix. That was the year Ib Andersen, then age 25, said goodbye to his native Denmark and to the status he held as Royal Danish Ballet’s youngest-ever principal male and said hello to New York City Ballet and its artistic director and founder, George Balanchine.

The result was a decade of Andersen’s superstar dancing at City Ballet and, following a hiatus, artistic directorship of Ballet Arizona.  You can see the fruition of Andersen’s work with Balanchine at this month’s All-Balanchine program by Ballet Arizona featuring Agon, Western Symphony and Square Dance.

Andersen continues to exploit the double heritage of New York City Ballet/Balanchine and Royal Danish Ballet/Bournonville: “My success with story ballets” – such as the Romeo and Juliet of earlier this season – “is due to Royal Danish, which really knows how to do big ballets like that,” Andersen says. “For the more contemporary ballets, I have the Balanchine background.” 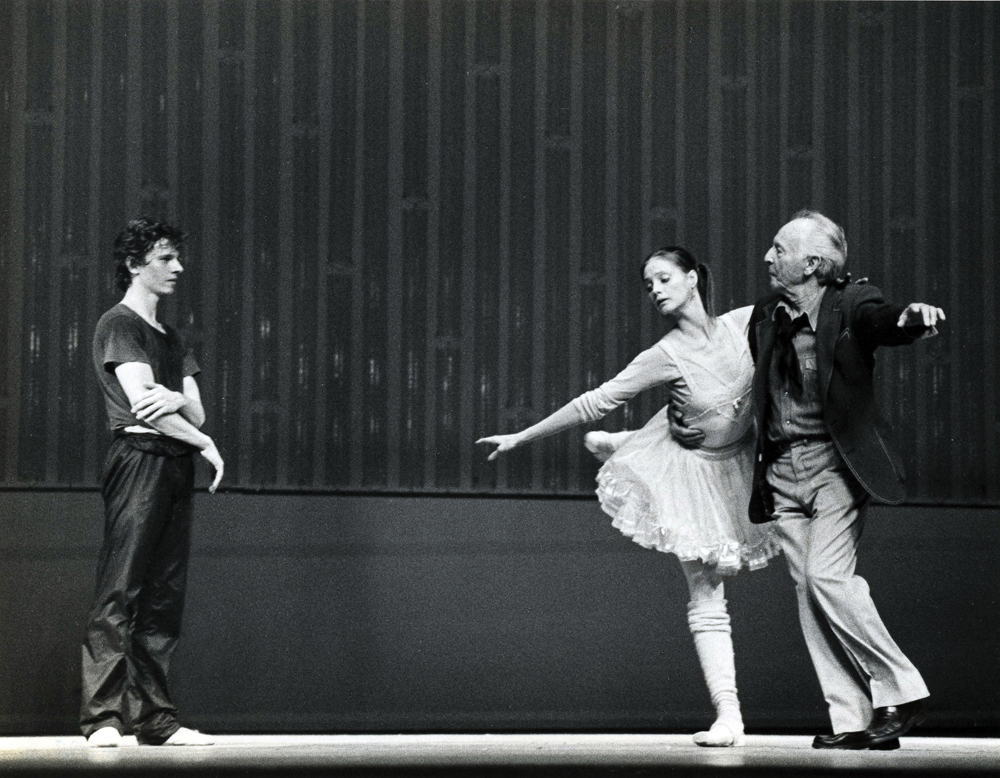 Left to right, Ib Andersen, Suzanne Farrell and George Balanchine rehearsing for the premiere of Mozartiana

in the New York City Ballet Studio, May 1981. Photo by Steven Caras.

The hard-edged beauty of Balanchine ballets is owed to the choreographer’s allegiance to expanding the traditional ballet vocabulary. In his 17 years so far as Ballet Arizona artistic chief, Andersen has followed suit, transforming the state’s only professional ballet troupe into a “Balanchine company” along with companies in only a handful of other cities around the country, including San Francisco, Boston and Miami. Its dancers increasingly practice the sharp attacks, the hyperextension and the daring speed associated with the phenomenon trademarked as “Balanchine technique.”

Balanchine was the single choreographer who did the most to move traditional ballet forward in the 20th century. Starting out as the last major choreographer for Diaghilev’s legendary Ballets Russes, Russian-born Balanchine came to America in the 1930s, and after World War II, co-founded New York City Ballet. Over the ensuing decades he created many dozens of ballets, popularized Nutcracker and helped make ballet into an American art.

Balanchine also moved the focus of ballet from storytelling to the steps themselves. Neither a fairytale (as in the traditional Swan Lake) nor an overall concept (as in Les Sylphides) served as the foundation for his ballets, but rather the exploration of how to combine steps in a new way, expressive in and of themselves.

“For Balanchine, choreography was everything, as opposed to concept. It was about the steps, about ballet for ballet’s sake, about the music, about the beauty of the body but never about expressing a specific concept,” Andersen explains.

If anything replaced story and concept in Balanchine’s ballets, it was music. “See the music and hear the dance” is a phrase used by Balanchine advocates to describe his approach to making ballets. The three on this month’s program are typical: 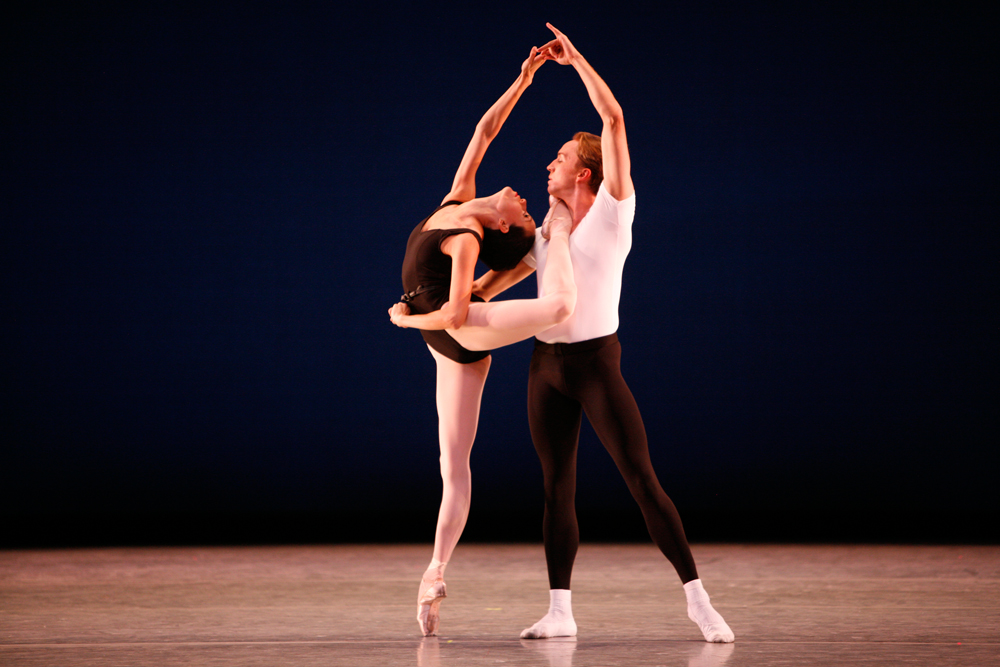 Agon (1957) is one of Balanchine and Composer Igor Stravinsky’s most famous collaborations. Balanchine held a lifelong devotion to Stravinsky, both the man and the music, setting more than a dozen Stravinsky compositions as ballets, including Agon.

With a number of the movements based on 17th-century French court dances – saraband, gaillard and bransie – the 12 dancers interact in groupings of pairs, trios, quartets, etc. 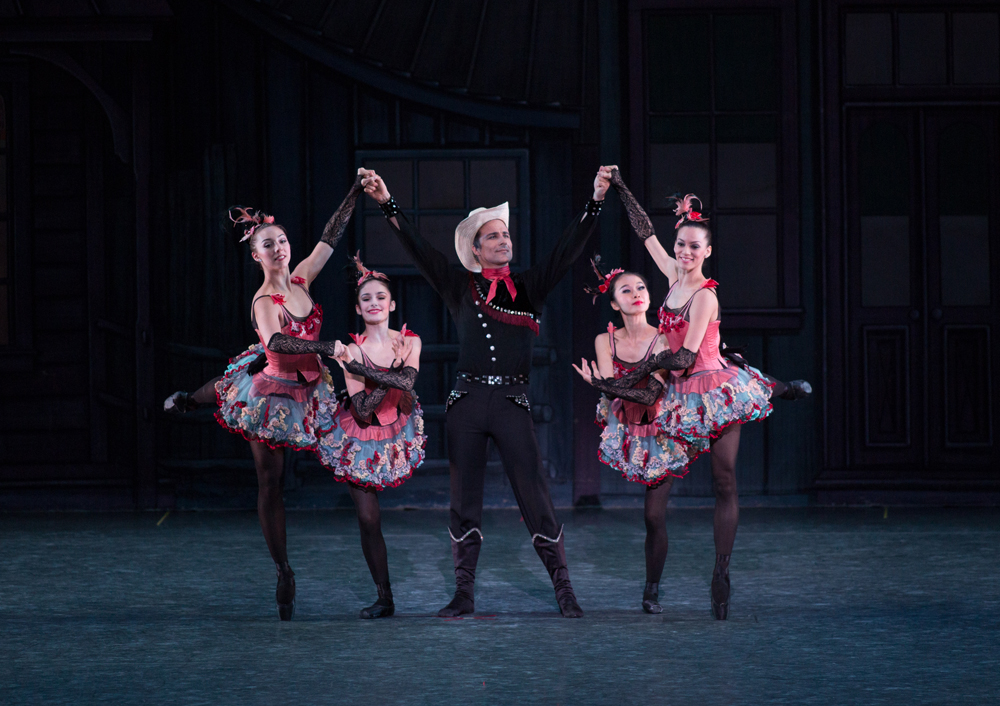 Square Dance (1957) is a Ballet Arizona premiere. An energetic and lively ballet, Balanchine used patterns of traditional social dances and quick footwork to pay homage to this iconic American folk dance. The music is by Antonio Vivaldi and Arcangelo Corelli. >>

Showcasing a large ensemble of cowboys and cowgirls enjoying a night on the town, Western Symphony (1954) is infused with humor, character and charm. Balanchine’s love of America is on full display in this ballet where playful and fun versions of traditional steps prove that everything is bigger, better and faster in the West.

Although there is no plot per se, the ballet presents several short stories that take place inside a saloon. Viewed as a satire, Balanchine cleverly employed imitations of Giselle and Swan Lake. Arranged by Hershey Kay, the folk music in this joyous ballet is based on traditional Western songs. 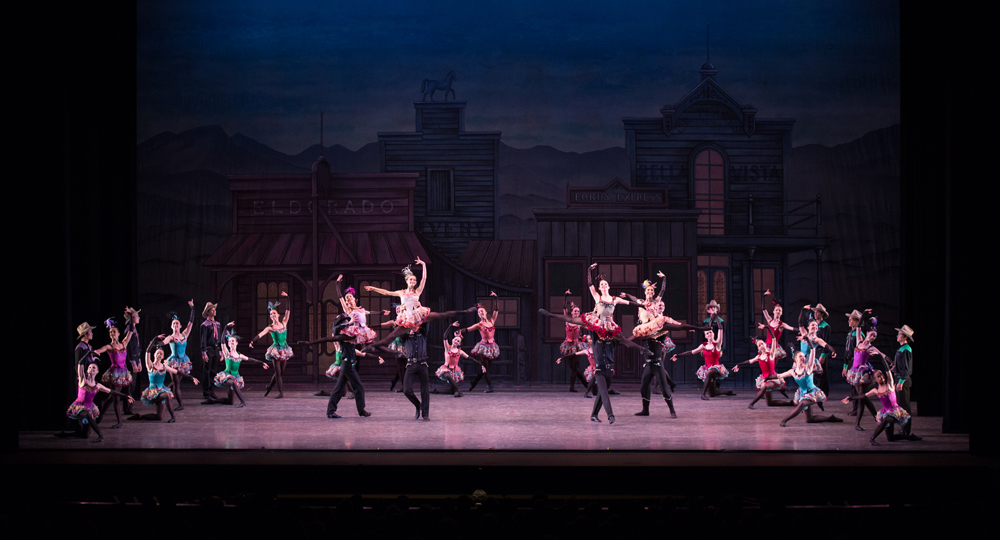 What binds all these together? For Andersen, it’s Balanchine’s constant attention to the “purity of line” in ballet:

“There is one choreographer for me, and that is Balanchine. Balanchine is Petipa [codifier of 19th century ballet vocabulary] but much more evolved. His ballets have that purity of line that will never go out of style. No human can fail to respond to it. It’s like Greek culture. What came after those Greek sculptures? A million things. But nothing since has been so pure. I’m not sure we will ever again have the purity of Balanchine.”

Not that Andersen isn’t trying to continue that purity in his own terms. His ballets show the direct Balanchine influence only sporadically – Rio, seen in March, illustrates Andersen’s talent in creating ballets that emulate the musical attention-to-detail – yet all of them reflect Balanchine’s aesthetic of devotion to the steps themselves.

“I still believe in steps, in a vocabulary based on the steps of classical ballet,” Andersen says, exposing the deepest link between him and the man his dancers called “Mr. B.”

If Balanchine could be said to use music as his ultimate inspiration, can the same be said of Andersen? “My greatest influence,” Andersen says flatly, “is visual art.” The answer then would be…no.

In this way Andersen is neither a Balanchine disciple nor a strict traditionalist in the Bournonville manner. You can see in his dances that the visual patterns of the dancers on stage are a kind of simulation of the patterns that might be found in a painting or sculpture – perhaps one by Andersen himself, who also is an accomplished visual artist.

“I’m like everyone else,” he says. “I’m influenced by everything I’ve experienced.”

Experiencing Balanchine’s ballets, whether for a dancer or an audience member, is an influence like no other.