The Best of Barcelona

The Best of Barcelona

by Sarah Robertson and Reisha Zang 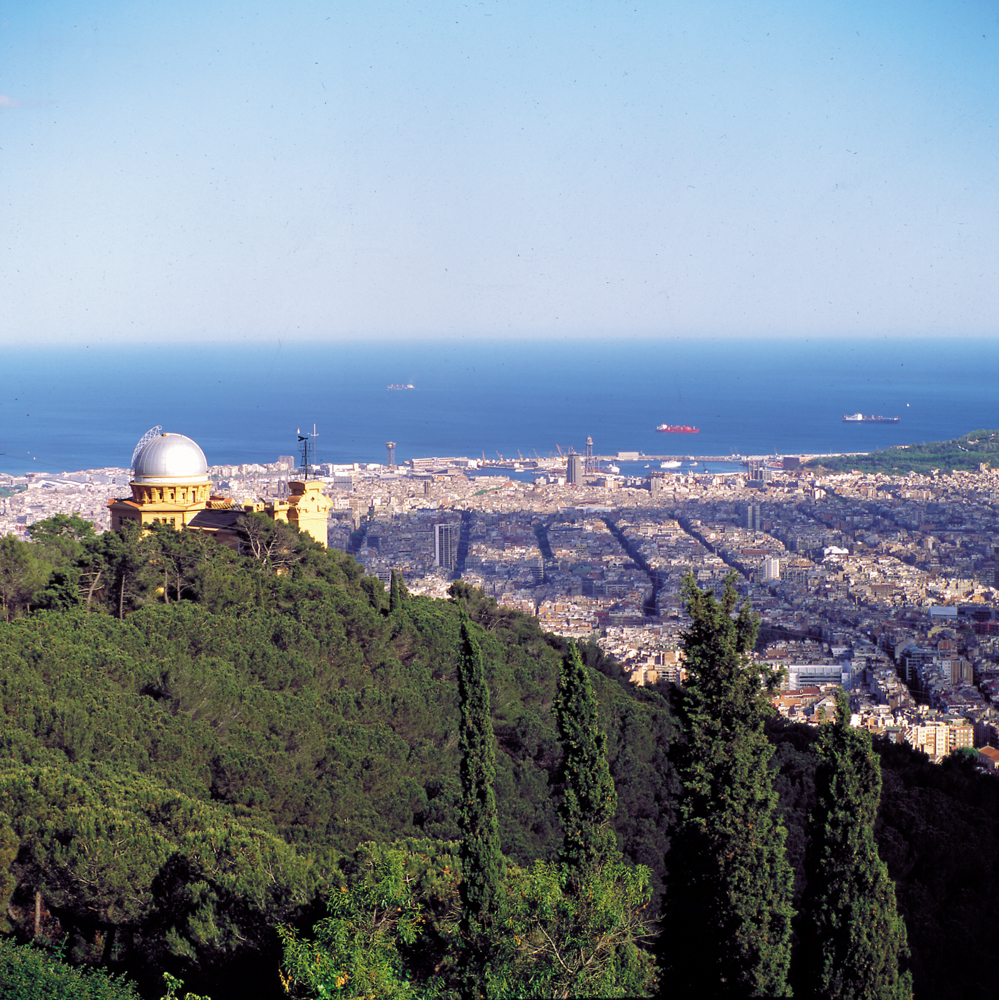 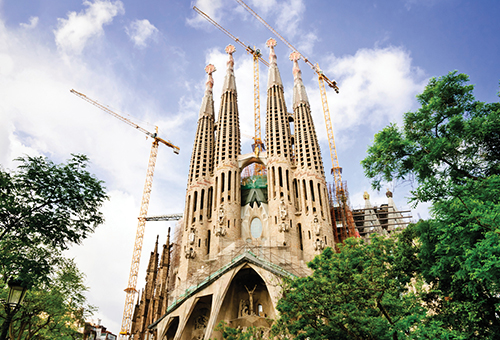 Barcelona can be easily navigated on foot. Start at the Plaça de Catalunya, the city’s central plaza. From there you can stroll among the shops at the Portal de l’Àngel and traverse the Plaça del Pi, a lovely square in the Gothic Quarter with the 14th century church, Santa Maria del Pi. Close by is the Catedral de Barcelona, another example of Gothic architecture. Stop for a break in the Carrer de la Palla and sample the marzipan, a favorite local sweet treat. Visit the Museu d’Història de la Ciutat, where you will find important Roman remains. After that, head over to the Plaça Reial for lunch at a sidewalk café overlooking the central fountain. 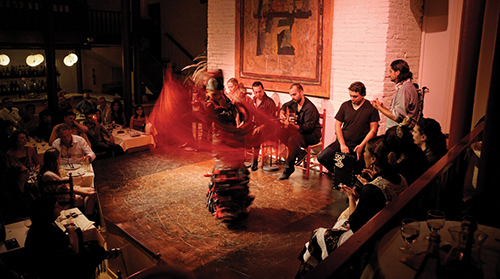 The city is alive at night. For classical music, Palau de la Musica Catalana delivers top rated chamber choir music, orchestra and piano concerts.  Barcelona’s orchestra, the OBC (Orquestra Simfónica de Barcelona I Nacional de Catalunya) performs at L’Auditori Façade. And, at one of the city’s iconic landmarks, the Gran Teatre del Liceu, you can enjoy world-class opera, concerts and dance. Spain is the birthplace of Flamenco dancing, so check out El Tablao de Carmen, which pays tribute to the great flamenco dancer Carmen Amaya. Or, if you’re up for clubbing, visit the popular Opium with its world-renowned DJs. 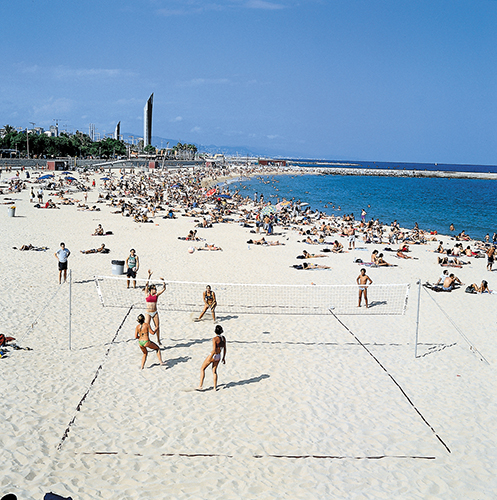 One of Barcelona’s many beaches.

Barcelona is also home to fabulous museums including the Museu Barbier-Mueller, known for its collection of pre-Columbian art, and the Fundació Joan Miró, Centre d’Estudis d’Art Contemporani, a museum honoring the modern art of Joan Miró.  The most popular is the Museu del Temple Expiatori de La Sagrada Familia. The Sagrada Familia is one of Gaudi’s greatest accomplishments and has been under construction since 1882.  Another Gaudi creation is La Pedrera, formerly an apartment building that now houses Renaissance drawings and modern art paintings.  If you’re a sports fan, there’s the FC Barcelona Football Club Museum with artifacts from the club dating back 100 years. To learn about Catalonia, the northeastern area of Spain, visit the Museum d’ Història de Catalunya or the Catalan Museum of Archaeology, with exhibits covering prehistoric and ancient history. Take a short train ride to visit the The Dalí Museum in Figueres, Salvador Dali’s hometown.  The museum houses the largest collection of his works in a building worthy of the task. 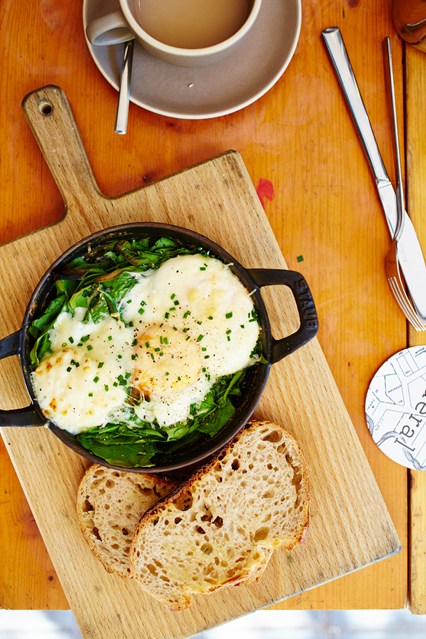 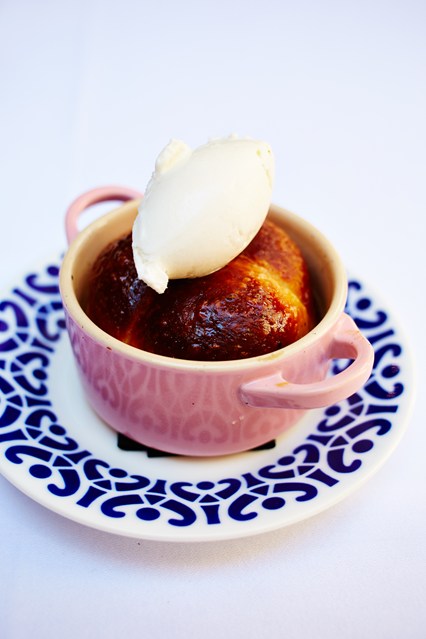 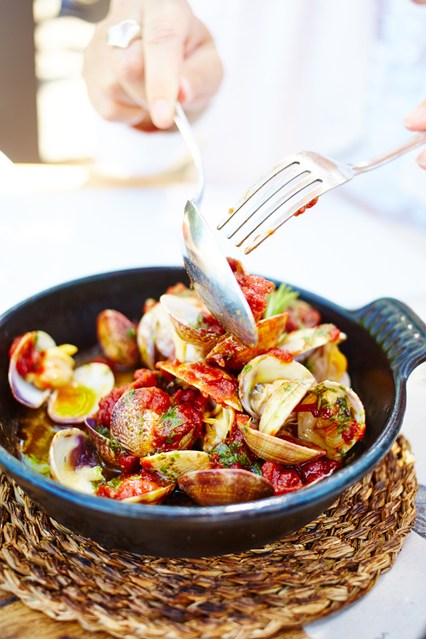 Barcelona is an exciting destination for foodies, with a vast selection of Michelin-starred restaurants and charming cafés throughout the city.  Tapas top the list of must-try delicacies. Chefs are stepping up their game with creative twists on this Spanish tradition. Hot or cold, these small bites pack big flavor that will give you a true taste of the local cuisine. Take time to enjoy your nibbles with a glass of Cava or “Spanish Champagne,” a Barcelona specialty, as well as the wines from the Catalonia region.

Tickets is a fun restaurant that has earned rave reviews in the tapas world. Favorites here include Olive-S, mini airbags filled with Manchego cheese foam and the avocado cannelloni.  “The wines menu that we offer at Tickets is composed of Spanish wines with special attention to Catalan wines,” says Silvia Fdez, spokesperson. “The dry Jerez options for aperitifs and sweet wines for desserts stand out among all.”

Restaurant Casa Calvet opened its doors in 1994; its chef, Miquel Alija, has elaborated his own cuisine, full of nuances and original creations blending with long-standing Mediterranean traditions.  Fresh duck liver with sour oranges, rice with lobster, vegetables with goat’s cheese, partridge with chestnuts or rosemary ice-cream are just some of the chef’s creations.

Petit Comité is known for using quality, seasonal ingredients in its Catalan cuisine.  “Everything is cooked at the moment,” says Jordi Marzo, director of Restaurant Petit Comité.  Highlights on the menu include duck liver over puff pastry with caramelized apples, traditional cannelloni with black truffle, dry seafood rice and crispy, roasted suckling pig with fresh fruit.  Pair your selection with a Catalan wine.

The restaurant at Hotel Arts Barcelona, Arola, garners top reviews from guests and locals alike.  Chef Sergi Arola is known for pushing boundaries and is recognized for his exquisite tasting menu of tapas paired with cocktails and wines, courtesy of sommelier Diego Baud. 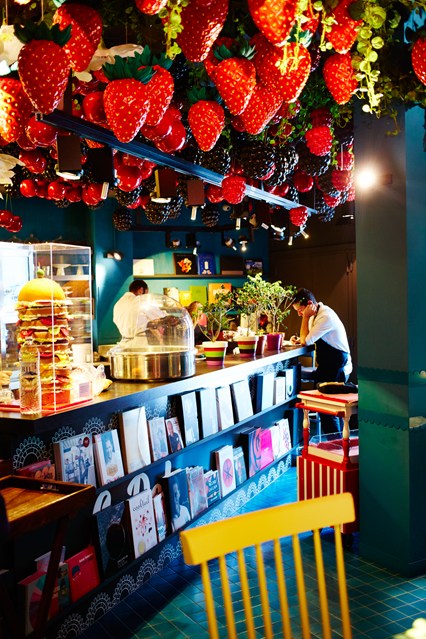 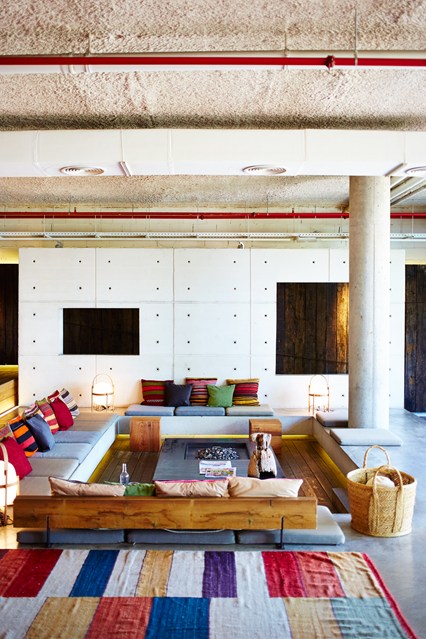 Other dining favorites include:

Lando: An intimate, modern restaurant in the quaint neighborhood of Sant Antoni that specializes in local food and wine.

Pez Vela:This beachside seafood restaurant is one of Barcelona’s most stylish and has some of the best paellas and wild caught fish in town. Plus, you can watch the action on the beach while you dine.

Bar But: Rumor has it that this is Robert DeNiro’s favorite local spot. It has some of the best wine and tapas in Catalonia.

Suculent: On the Rambla del Raval lies Suculent with top-flight, impeccably cooked traditional Catalan and Spanish dishes (escalivada and smoked sardine, salt cod pil-pil, ganxet beans with bacon and egg) at a price as modest as the decor.

Federal Café: This very cool café introduced Barcelona to the fashion for lounging around on a weekend over coffee, eggs Benedict and the newspapers.

ABaC: Jordi Cruz, poster-boy for the new generation of Spanish cooks, has three restaurants in Barcelona. His flagship is ABaC is the grandest of the city’s serious restaurants and, under Cruz’s direction, the recipient of two Michelin stars in 2014.

Enoteca: Located in a white-washed, sun-filled space the Hotel Arts Chef  Paco Pérez specialties are Mediterranean in style and flavor. 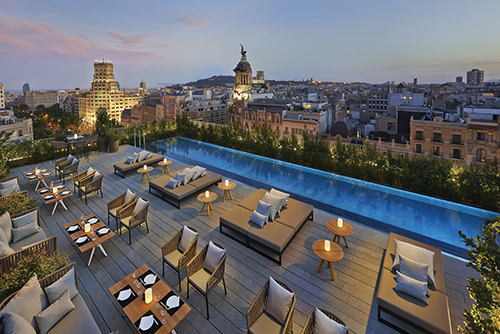 This contemporary hotel, in the heart of the avant-garde city’s celebrated Passeig de Gràcia, is the perfect blend of high style and luxury. Located in a renovated mid-20th century building at the celebrated Passeig de Gràcia, this elegant hotel offers exceptional service, an award-winning spa and innovative, two Michelin-starred dining by Carme Ruscalleda in an exquisite interior created by world-renowned Spanish designer Patricia Urquiola. The rooftop dining terrace offers spectacular views of the city. 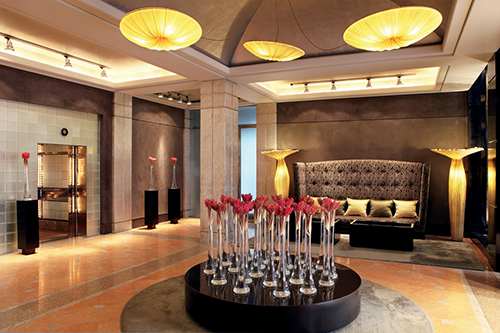 The Hotel Arts Barcelona is a luxurious resort with glorious views of the Mediterranean Sea from nearly every room. Home to multiple dining venues and an on-site, world-class spa, the hotel is situated between the cosmopolitan center and the beach with easy access to both. “The property also boasts direct access to world famous architect Frank Gehry’s iconic “Peix” structure,” says Rivero Delgado, general manager. “Guests rave about the exceptional customer service displayed at the hotel.” 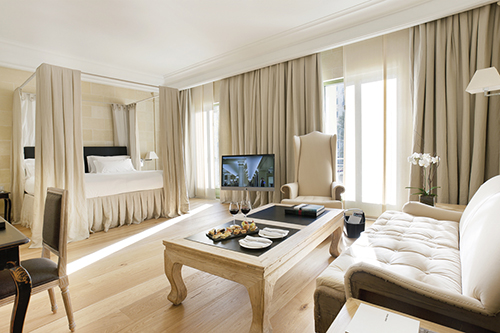 “Over the past 95 years, the Majestic Hotel & Spa Barcelona has been the site of political events, significant moments in history and host to social, cultural, political and artistic celebrities,” says Arantxa Dominguez, from the communication and public relations department. The neoclassical building, located on the Paseo de Gracia  in the heart of the Quadrat d’Or, is among buildings designed by renowned architects such as Gaudí, Puig i Cadafalch and Domènec i Montaner. 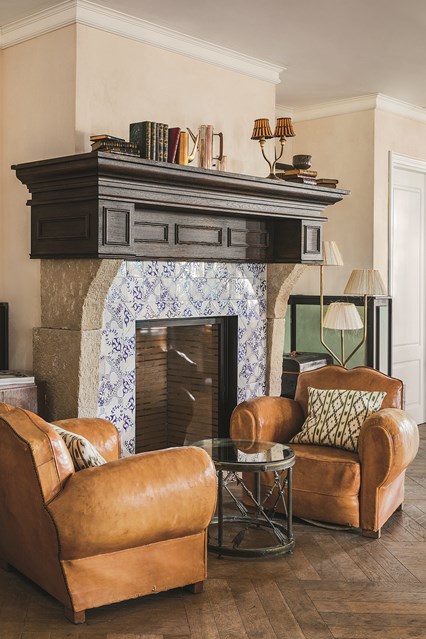 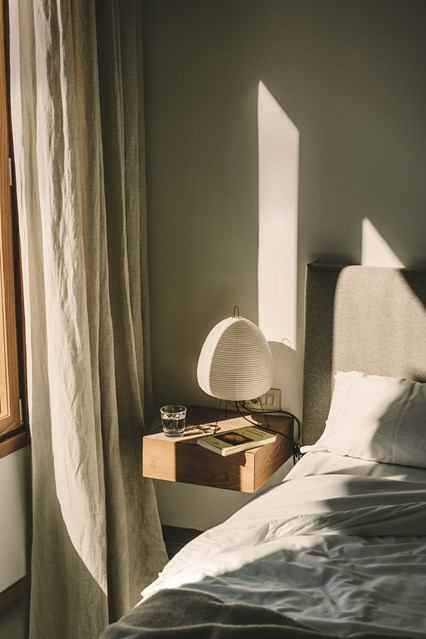 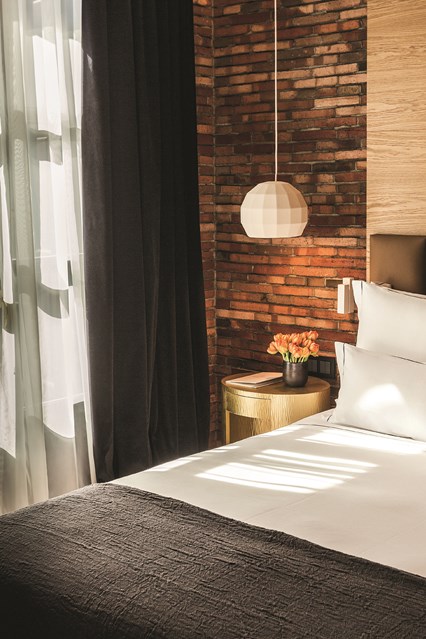 Other hotel options include these four charming boutique hotels;

The Wittmore: Tucked away down a tiny, dead-end street in the Gothic Quarter, this 22-bedroom hotel feels like somewhere that only smart, clued-up locals know about.

Soho House Barcelona: The members’ club concept is fairly new to Barcelona and its creative crowd have completely embraced this Soho House outpost, which opened at the end of last year on a palm-tree-lined square off the seafront.

Margot House: A discreetly labelled doorbell opposite Casa Batlló, Gaudí’s crowd-pleasing modernist masterpiece, is the only way to tell that this nine-bedroom hideout exists. 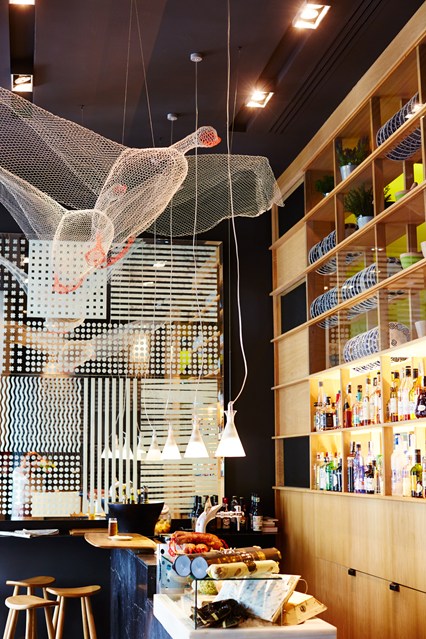 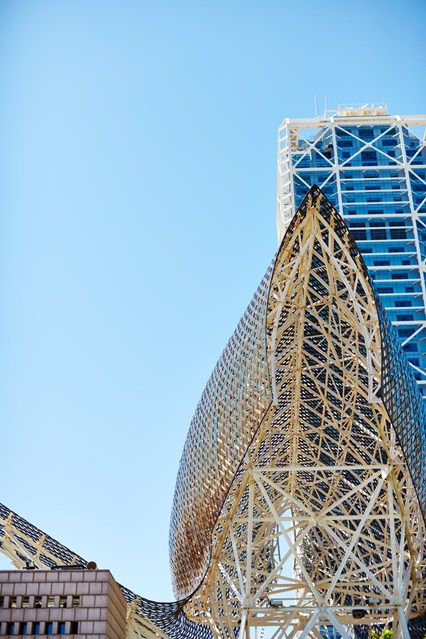 The Dalí Museum in Figueres

www.boqueria.info › What’s on › The Market